Taika Oyata was my Instructor for 34 years before he passed away on June 18, 2012.    Now, in honor of one of the most renowned Okinawan Karate Instructors of the 20th Century, I would like to continue my “Tales of Taika” in his memory. 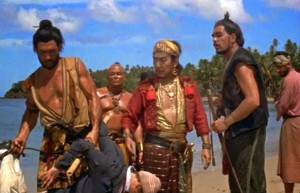 In 1978, after studying Ryukyu Kempo for 4 years on Long Island, NY, I decided to travel to Olathe, Kansas to meet Sensei Oyata and ask to test for my Sho-Dan rank.

On Labor Day Week-end, my Lacrosse College friends were driving cross-country on their way to California and agreed to drop me off at the Olathe dojo.

When we arrived at the dojo it was closed due to the Labor Day week-end, so we camped out for a day and then on that Tuesday morning, we went back to the dojo and I met Mark Wallace and Greg Lindquist for the first time. Sensei Oyata was not there at the time but Greg said he should be coming to the dojo later in the day.

So after getting settled in, I started practicing kata and hitting the huge heavy bag, which was a hallmark of Sensei Oyata’s dojos with Mark and some other students who would wander in, work out for awhile, then leave.  It was very informal with no regularly scheduled classes during the day.

I should explain the layout of the dojo.

It was a frame house which was split into two on the ground floor; half of it a martial arts supply store, selling uniforms (some of which Sensei Oyata was making on his own with a sewing machine he had in the basement of the house), weapons, books and other martial arts paraphernalia and the other half was the dojo, about 1,000 sq. ft. with a nice oak floor and that huge heavy bags and other hanging bags and some makiwara lined up against one wall.

In the middle of the martial arts store was a full bathroom which you would find in a house (which this use to be) with a tub; which figures heavily in my first day meeting Sensei Oyata.

Upstairs was a two bedroom apartment with a kitchen and bathroom and a dining/living area.

Sensei Oyata was living there with Mark, but he was spending most of his time with his girlfriend, Robin, (and soon to be, wife) who was pregnant at the time with their first child, Masami.

After I finished my workout, Mark told me I could use the main floor’s bathroom to take a shower and as I was looking around the store, Sensei Oyata came down from upstairs where he was taking a nap, unbeknownst to me. 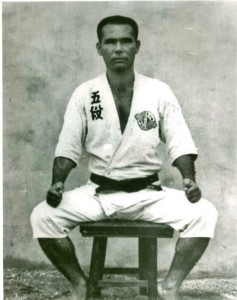 Now, when I told my cousin-in-law (who was my first instructor & had trained with Sensei Oyata on Okinawa in 1962-4 when he was stationed there as a “Green Beret”) back in NY about my plans to travel out to KS to meet and train with Sensei Oyata; he told me, “Be careful when you meet him, he’s like a “China Sea Pirate” – all smiles and friendly – but deadly as a Habu”. – (the very dangerous and venomous snake ubiquitous on Okinawa)

So, imagine my surprise and consternation, when walking into the store from upstairs came a shaved head and gold-toothed Okinawan, bare-chested, wearing only shorts, rubbing his belly like some sleepy, hungry Lion looking for his next meal. And upon seeing me, with my ponytail and goatee, exclaims, “Oh, an American Hippie, bedy (very) good, bedy nice to meet you – why you not at cousin’s house two years ago?”

“Man”, I thought to myself, my cousin-in-law was right when he said Okinawans had long memories, “…now I’m in big trouble!” But Sensei Oyata just laughed as he finished his question and slapped me on the shoulder in greeting – which felt like a sledge hammer coming down on my shoulder.

I told Sensei I was just about to take a shower and he said, “Go ahead, then we talk”.

In the middle of my shower, Sensei Oyata walks in carrying a .38 revolver in a holster and hands it to me – I asked him what this was all about, and he tells me, “If anybody tries to break in tonight, shoot them.”  I said, “Sensei, I never shot anybody in my life!” but he said, “It’s OK, if they try to break in, go ahead and shoot”, and with that he turned around and left the bathroom with me standing there holding the gun.

Needless to say, I put the gun on the sink to finish my shower and afterward asked Mark to take it and what that was all about.

Mark explained that being that they sold samurai swords, knives and other martial arts weapons, there had been a few attempts to break in the store at night.

On one such occasion, Mark told me that Sensei had heard the sound of glass breaking, and grabbing a shotgun he kept by his bed, rushed downstairs and stuck it in the nose of the guy trying to get in. That guy took off and Sensei didn’t bother to chase him, but just went back to bed while Mark taped up the window.

Another time two guys actually got into the store and Sensei came running from upstairs with a katana raised over his head like some “China Sea Pirate” ready to dispatch adversaries who just boarded his ship.

Those two guys were falling all over each other to get out and away from Sensei and that sword.

Ever since those two occasions, Sensei and Mark have always been vigilant and since I was going to sleep in the dojo on the main floor next to the store, Sensei said I needed to be vigilant also.

Thus ended my first day meeting the man I would train with for the next 34 years, up to the very end of his life. 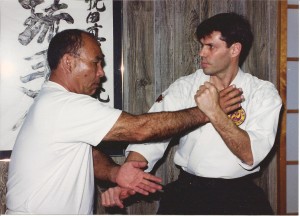 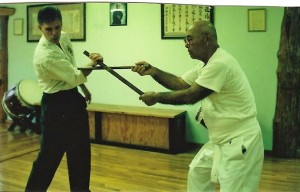 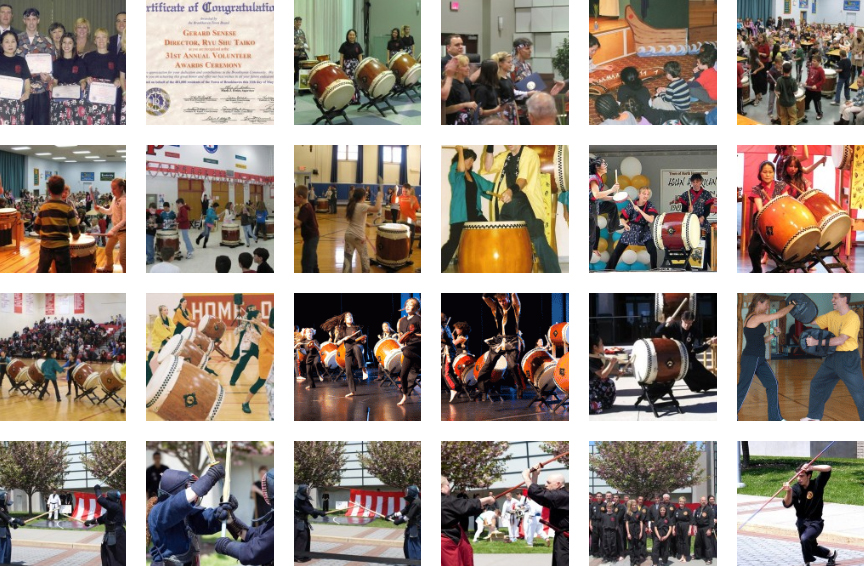